We measure our success based on results. We regularly represent businesses, individuals, public and private entities with the singular goal of achieving the best possible results as quickly as possible. We represent clients both in Texas and across the nation in a variety of litigation matters. We have recovered hundreds of millions in verdicts and settlements for our clients. Our results speak for themselves.

With thankful appreciation, the Pearson Legal took our case and skillfully managed it throughout the Pandemic Crisis with our insurance provider. There wasn’t a time during this 12 month process that we were ever in doubt of the outcome. As I learned early in my career decades ago, the battle is always won in the trenches. In this case,  preparation, attention to detail and desire to help a small business was exceptional!

I’m offering the highest praise to Pearson Legal for its assistance in resolving an intractable dispute with my former insurance company. Carrie Holloway along with  Elyse Reynolds were invaluable in guiding me through the legal issues and attendant stress.  Not only did I have exceptional legal representation but I felt like I had friends by my side.

What seemed like a straightforward property damage insurance claim evolved into our fortunate discovery of Super Lawyer, Matthew Pearson. While other attorneys seemed disinterested, or ill-qualified, to defend our specific claim, Mr. Pearson's experience and commendable recent successes representing plaintiff's like us, made choosing him a no-brainer. Without Mr. Pearson's interest and willingness to take our case, we would have had no further recourse pursuing a six-figure claim that had been repeatedly denied by our insurer. Mr. Pearson was not easily deterred. He challenged lower court decisions, appealed unfavorable rulings and ultimately prevailed for us with a favorable decision from the Texas Supreme Court. Not only did this 7 year legal progression to the highest court result in our case's success, it set precedent for other similar Consumer Protection cases, changing a common insurance practice which only benefited insurance companies. As a result of our case's success, future insureds may now claim and potentially receive significant additional damages when insurers deny and delay rightful claims. Mr. Pearson's diligence and skill singularly stand above the legal crowd. His knowledge, demeanor and efficient staff deserve nothing but our highest recommendation. Our sincere thanks to Mr. Pearson and his support team.

It is my distinct privilege to highly recommend Pearson Legal PC. After experiencing the first legal engagement of my life, your team at Pearson Legal made this case so beneficial and easy for me. I would like to express my gratitude and compliment the attentiveness and efficiency of your team. I’m rewarded to know a dignified, knowledgeable, trustworthy attorney such as Matthew Pearson is on my side as he worked to earn a settlement with the insurance company on a long overdo hail claim. I would highly recommend this firm to anyone needing legal help.

Michelle Cruff and Matthew Pearson were both attentive, informative, and always available to the district and we were able to work seamlessly through a potentially difficult insurance claim. I would strongly recommend the services from Pearson Legal and would be available to answer any questions you might have regarding their contribution to me while assisting Thrall ISD.

This is to serve as a testimonial for the capabilities of Pearson Legal, PC that assisted West ISD in several matters as a result of the deadly explosion that occurred on April 17. 2013. As the CFO of West ISD, I was amazed at the professionalism and efficiency witnessed by myself. Matthew Pearson, Valerie Cantu and Michelle Cruff were by my and others side’s through the entire process. As a representative of West ISD, and personally, I would highly recommend their involvement for issues concerning insurance claims and construction discrepancies, claims or defaults.

Matthew and Valerie are great communicators, and have never been more than a phone call or an email away with a quick and concrete answer to any questions I had involving our case. I would strongly recommend Pearson Legal, PC for your litigation needs, and have the utmost confidence you will find them to be as helpful, knowledgeable, and professional as I did in our time working together. I can speak for Big Spring ISD when I say if we ever need help with future litigation concerns, the only phone call I will make will be to Pearson Legal PC.

As school districts, we are often hesitant to become involved in litigation, despite the apparent and legal justification. I personally appreciated Ms. Cantu as a passionate and effective advocate for our District. She was, and continues to be, a true partner and reliable friend. Even after our cases were resolved, she remains available for advice and legal counsel. It is an honor to recommend Valerie Cantu.

Pearson Legal, PC , has continued to be a valuable partner with Navasota ISD as we continue to seek their support and review on any ongoing projects and contracts for construction. We would highly recommend Pearson Legal, PC.

I had the privilege of working with Matthew Pearson on an insurance claim that helped us settle and get justice for our school district. He and his staff took us by the hand and helped with each step along the way.

I have recommended Matthew Parson to several other business owners and would not even consider using anyone but Matthew in the future for insurance related legal work.

THANK YOU! I don’t think you truly understand how your work effects the districts and individuals you help. We could not have done this without you. We are forever grateful to have you in our corner.

We were very pleased with the level of attention we received and the level of commitment given to our district. Mrs. Cantu was very knowledgeable about our case and worked hard to prepare the case to reach a settlement.

A Texas appeals court affirmed a jury’s verdict in favor of Shale Exploration, LLC in the amount of $14.3 million for lost profits resulting from the theft of Shale’s trade secrets in a Montana oil and gas development project.  Shale was represented at trial a...

Litigator of the Week: Matthew Pearson

After a Harris County judge issued a $20.2 million final judgment in favor of Shale Exploration, Matthew Pearson, who represents the energy company, had time to think about what he had done right to lead to that outcome. One of his successful litigation st...

Due to the coronavirus pandemic, many changes have been made in the way people are conducting business, and that includes the legal profession. Matthew Pearson, of Pearson Legal P.C., participated in the first-ever civil summary jury trial over Zoom on Mond... 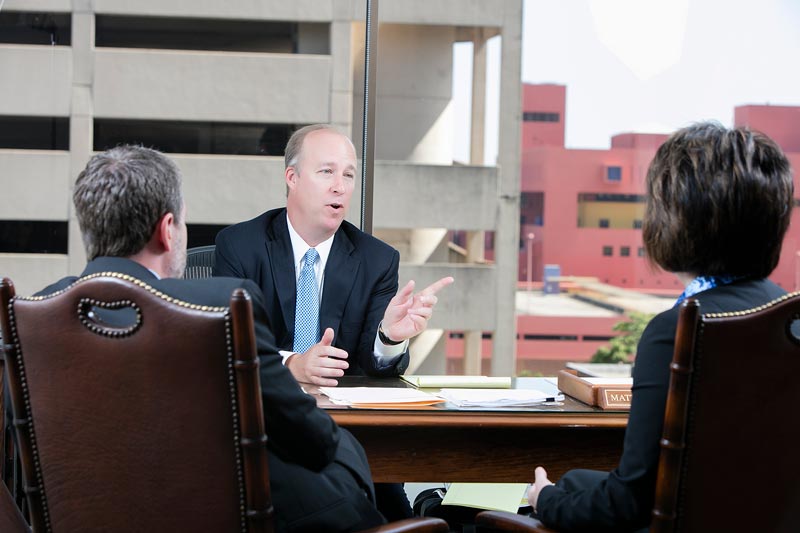 At Pearson Legal, P.C., we fight hard for the rights of our clients, both in and outside of court. Together, our lawyers are experts in a range of legal disciplines, ensuring you’ll receive the very best legal advice when you need it most. We regularly represent clients in the following areas:

As a firm, we have recovered hundreds of millions of dollars for our clients. Contact us today and see what adding the experts at Pearson Legal, P.C. to your team can do for you.